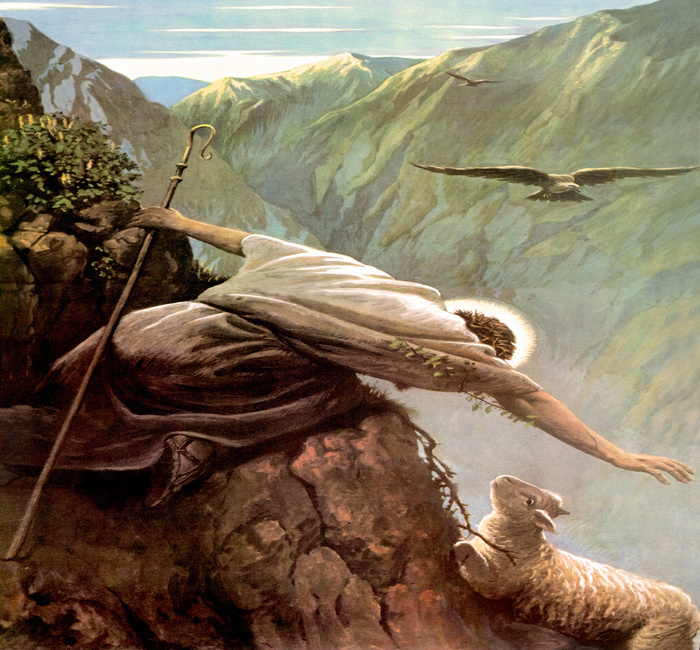 “But we had to celebrate and be glad, because this brother of yours was dead and is alive again; he was lost and is found” (Luke 15:32).

In my father’s house

The story of my life in my father’s house begins with the recognition that I grew up in a wonderful home, where there was love, peace and joy. Furthermore, in my formative years in Malawi and Mozambique, I remember that all the kids in the neighborhood always came to our home, for food and a sense of family and we always welcomed strangers: pastors, missionaries, friends of friends who wanted to visit the country and so many more. Nevertheless, my parents did not merely welcome visitors just when it was convenient, but even at a young age, with young children, they took on the responsibility of having close relatives to come live with us so that they could be raised in a godly home while going to school.

The most important characteristic of my father’s house was that, my parents always taught us that the “fear of the Lord was the beginning of all wisdom” (Proverbs 9:10). I saw this exemplified in our home on a daily basis as we conversed around the dinner table, studied the Bible and prayed together before bed. But I learnt most of the things by watching my parents live out the principles they taught us. A striking example is when my mum rescued a woman who had been targeted by an angry mob. The cultural context mercilessly would attack anyone who was found to break the moral code. The woman had been stripped naked and was being beaten and humiliated by almost the whole neighborhood because she was being accused of having been seen with someone’s husband. My mother, like the mama bear she is, went against the mob and took the young lady and clothed her, fed her and made sure she was safely escorted to the bus station, just like she would have done for any of her own. This and various other set of situations demonstrated the Father’s heart in our home. I can deduce that living in my father’s house offered me lessons for life out in the wild and deposited treasure into my heart that will be tested by the enemy of my soul. Looking back I now know that my life in my earthly father’s house was just a reflection of my heavenly Father’s house (Luke 15).

Despite all the values that I was taught at home, during my junior year in college, like the prodigal son, I went in search of the wrong type of company; mainly because of an uncontrollable hunger for belonging, which only led to wild living of drinking and non-stop partying. How did it happen? Well Paul does remind us not to be “deceived, bad company corrupts good character” (1 Corinthians 15:33). In one of his “Let My People Think” sermons, the Christian author and apologist Dr. Ravi Zacharias raised a very powerful idea about ‘paper cuts’ to our souls that lead to a diseased mind and heart; well… my paper cut was a drink of vodka and Sprite. Initially sin always promises so much, but there are dire consequences that no one tells you about.

The first consequence of lostness is missing out on the benefits of the Father’s house. One such benefit is a stable mind which was affected as a direct result of hanging out with the wrong circle of friends. I stopped working hard in school and only managed to get a good GPA because of my hard work in the first two years of college. Moreover, I remember my sister’s friend hosting me in Upper East Side in New York City, which is a beautiful and safe area. Even though my sister’s friend was a great host, in my veiled mind I decided to go visit my friends who were more agreeable to my lifestyle and tended to roam in unsafe neighborhoods. I literally got lost on the way there and ended up sleeping on a dirty couch in a small apartment with 7 other people. The aforementioned examples convey a vivid description of a dulled mind that inevitably leads to laziness and a loss for the passion for life. It has taken me over almost a decade to overcome some of these dream- and purpose-stealing habits.

The second consequence that I experienced was self-deception that was manifested in a double-minded man, unstable in all his ways (James 1:8). I knew enough about church so I felt I will be able to survive in both worlds and would eventually change when I got older. This was a lie from the enemy. What nobody told me was that the enemy wants to rob you of your relationship with the Father and keep you deceived.

The third consequence is a change of heart from one of flesh into a heart of stone. I became really good at manipulating situations and convincing people that I was pious while being one of the most celebrated fools in the kingdom of darkness.

The final consequence I discovered was that, outside of the Father’s house, the devil is given a foothold to wreak havoc in your life. I found myself in many dark places of shame and danger. For example, one New Year’s Eve in Brazil while home alone, I decided to party hard, as a response to what I had kept hearing from friends, “men this is Brazil, better take advantage”. As I was celebrating at the beach with hundreds of people, sometime after midnight my drink ended up being spiked and it was only by the grace of God that I was not robbed or killed. This type of a lifestyle has the law of diminishing returns; it starts out like fun but ends up in destruction and in death.

A pursuing Father who celebrates us

The amazing part of the parables of the lost sheep, lost coin and the lost son is that they were sought after while still lost. In the parable of the sheep, which is beautifully depicted in the song Reckless Love, we see that the man left behind the ninety-nine to find the one lost sheep. In the same way, the woman does everything in her power to find the lost coin because it was of immense value to her. In the story of the lost son, the Bible says “But while he was still a long way off, his father saw him and was filled with compassion for him; he ran to his son, threw his arms around him and kissed him”(Luke 15:20). Similarly, I am forever grateful that the Father, filled with a passionate love, saw me in the darkness and pursued me and ultimately gave me an eternal embrace. The good news is that He does not stop there, but He clothes us with a brand new robe, a ring and sandals signifying honor and acceptance. In a counter-worldly way, we are lavishly celebrated as we are welcomed home.

Dear friends, I have found myself back in the Father’s house having seen what it is like to be far away. May you find comfort in the fact that Jesus died for us just at the right time when we were still powerless and while we were still sinners (Romans 5:6 & 8). This ultimately means that God the Father loved me on my worst day and sent His son to redeem me from the kingdom of darkness into the kingdom of light.

Searching is in progress